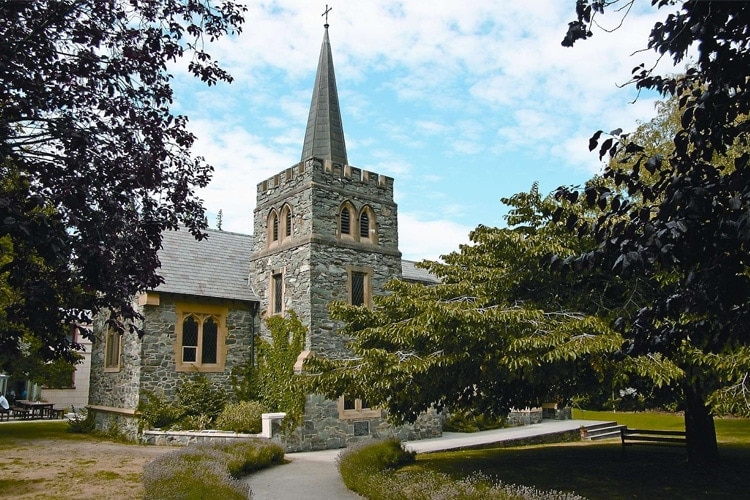 The Spire Hotel Queenstown consists of only 10 rooms, 4 of which are named Spire Suites due to the neighbouring Church – St Peters Anglican Church.

We here at The Spire think these rooms are absolutely beautiful as they not only look out to the historic church, but also the gardens surrounding and the distant mountains, thus making the rooms very private, quiet and peaceful.

The foundations of the church were laid by the first settler, William Rees, who established a sheep station with its buildings located on the shores of Queenstown Bay in 1861. One of which is now occupied by Eichardt’s Private Hotel; our sister hotel.

Rees was a devout Anglican and held regular services for the handful of men and one woman working for him. It took a couple of years for the building to be erected and it was only when an influx of people entered the town due to the discovery of gold in 1862. This in turn created more money, or perhaps using the new found gold as a medium of exchange to be able to build a church.
With the continually arriving English settlers, an Anglican church seemed to be in demand, after a setback of a storm, construction was halted and the building was finally completed in July of 1863.

The church that is here today was built in 1932 and designed by J. McDowall Smith of Dunedin and was modelled on the traditional lines of the English Parish church, using Gothic detailing.
The exterior walls were faced with Greywacke, obtained from the Lake edge on the Park Peninsula.