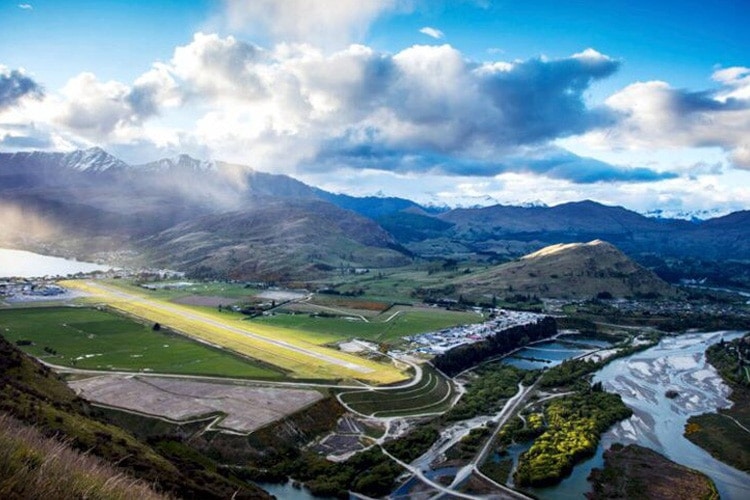 An annual poll conducted by private jet charter PrivateFly has voted Queenstown Airport as the World’s most scenic airport landing.

Queenstown Airport was given the recognition by a judging panel of international experts in the travel industry voting from 147 global nominees. The numerous panel including Deputy Editor of GQ Magazine Bill Prince and President & CEO of WTTC (World Travel & Tourism Council) David Scowsill voted for a destination offering passengers the most spectacular view.

The CEO of PrivateFly and an experienced pilot Adam Twidell stated the following: “New Zealand’s South Island has some of the most jawdropping natural scenery available anywhere in the world and Queenstown’s Airport’s landing offers the perfect airside introduction.”

Scott Paterson, Chief Executive of Queenstown Airport, is thrilled with the accolade and states that the recognition is a fantastic win for both the airport and the Queenstown region.

Some of the comments made by the panel were:

“I’ve flown to many beautiful locations worldwide but NOTHING even comes close to comparing with the thrill and beauty that stuns you as you come in to land at Queenstown.”

“Breathtaking approach with mountains and lakes surrounding you. It feels as if you’re being transported straight to Middle Earth – because you are!”

“I had no words, just tears of awe and beauty when I landed here! It’s completely enveloped by Mother Nature.”

Queenstown Airport is one of Australasia’s fastest-growing airports and is New Zealand’s fourth busiest airport for passenger numbers, hosting 1.25 million passengers in the 2013-2014 financial year. It is also one of New Zealand’s busiest helicopter bases and is heavily used for tourist flightseeing, especially to Milford Sound and Mount Cook, using both fixed-wing and rotary-wing aircraft.

Mr. Patterson states that the airport is facing some expanding actions in the near future to meet the need of growing demand as it is the key gateway to New Zealand amongst premium visitors.

For the Top 10 of the Poll see here