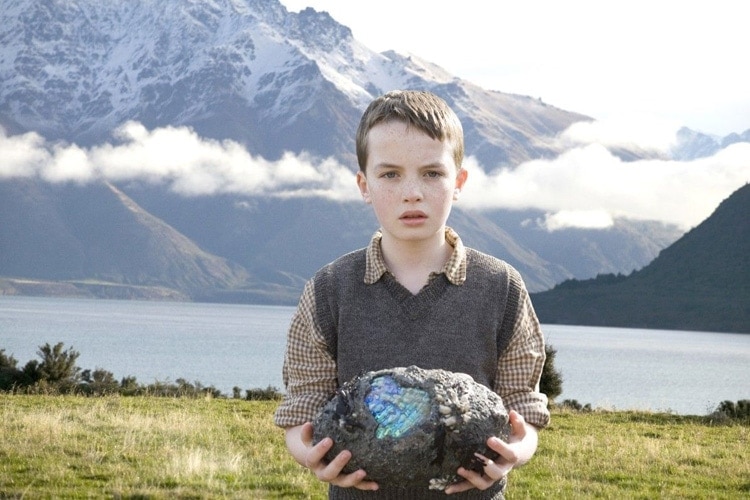 Located at the bottom of New Zealand lives a town like no other, surrounded by beautiful scenery and perfect in any season. Queenstown is known for many things, including very famous television & movie productions, with several film locations to be found in and around Queenstown.

This small piece of paradise has hosted international movie & television stars from Hollywood, Bollywood, and Australia. Production companies too, have come from far and wide to capture Queenstown’s beautiful landscapes, filming on the side of hills, on top of snowy mountains, or even in the blue lake.

“The view of Queenstown and The Remarkables is the greatest sight on earth”. – Stephen Fry, British actor, August 2011

“I went to Queenstown and honestly you have the most beautiful country in the world. Those scenic views were literally breathtaking. That ride down to Queenstown when I saw those vistas I thought ‘Oh my God – this is where God lives’.” – Actor John Travolta, 1999

X-Men Origins: Wolverine is a movie based on a Marvel Comics superhero directed by Gavin Hood, and stared Hugh Jackman (Australian) as the lead actor. The movie was mostly shot in Australia, Canada and New Zealand.

In 2008 the production moved to the South Island of New Zealand. Many scenes were filmed in Dunedin, but as you can see by the familiar background in the picture above, it was also filmed in Queenstown, at Deer Park Heights.

During filming 20th Century Fox tried to store their explosives at the Queenstown Ice Arena for the scenes shot at Hudson Farm but after experiencing delays in filming due to weather, the production company packed up and moved to Sydney, Australia.

The Movie was a huge success opening at the top of the box office and grossing at $179M in the United States and Canada, over $373M worldwide.

Unfortunately, Deer Park Heights was closed down that same year in 2009, after being open to visitors for 40 years.

Top of the Lake is an Emmy Award winning crime/drama TV show written by Jane Campion and Gerard Lee. The show is directed by Campion and Garth Davis, and was first aired in 2013, with a second season to be released in 2017. Filmed and set in New Zealand, the series follows a detective (Elisabeth Moss) investigating the disappearance of a 12 year old girl.

The filming took over 18 weeks and was shot entirely on location in Queenstown and Glenorchy, with Glenorchy referred to as the series’ fictitious town of Laketop.

After the success of season one, having won a Golden Globe and a nomination for a BAFTA, the series was extended for a second season which will be shot in Sydney Australia, staring Nicole Kidman.

Location: Glenorchy and Moke Lake.
Activities: A beautiful 50 minute drive (45km) away from Queenstown along the shore of Lake Wakatipu is Glenorchy. Also known as an outdoor enthusiasts’ paradise, walkers, photographers, adventurers, holiday makers have all found themselves captivated by this amazing wilderness and southern kiwi way of life.

The water Horse is an American/British/New Zealand family fantasy drama directed by Jay Russell. The film is an adaption of Dick King-Smiths children’s novel “The Water Horse”.

Location: Queenstown, Lake Wakatipu.
Activities: Lake Wakatipu is right on the door step of central town and is a great spot for walks, picnic’s, photo opportunities and maybe a quick swim. Don’t be fooled though, the lake does not get any warmer in summer than it does winter – the average temperature of the lake is between 8-10 degrees Celsius.

The entire project took 8 years, with the filming for all 3 films done simultaneously and entirely in New Zealand. Queenstown, Arrowtown, Glenorchy and Wanaka were the prime film locations, and everywhere you look you will recognise the famous mountainous scenery.

This trilogy put Queenstown on the movie map, showing off the perfect backdrops New Zealand has to offer. The movies won 4 Oscars and 3 BAFTAS’s just to name a few. The box office revenue grossed $2B worldwide.

Location: Arrowtown and Kawarau Gorge.
Activities: Arrowtown is just a 20 minute drive out of Queenstown. It is an old miner’s town that hosts the Annual Autumn Festival. Arrowtown is a beautiful place to escape to for an afternoon or evening.

“I feel I know Queenstown quite well.  I’ve been to places that have the same sort of spirit elsewhere in the world but nowhere in quite such a magnificent setting.” – Sir Ian McKellen, Oscar-nominated English actor (played Gandalf in The Lord of the Rings trilogy and The Hobbit), in NZ to film The Hobbit in May 2012